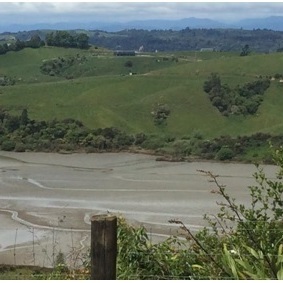 A colleague reminded me of an article Charles Walters wrote about Silica and the Ocean back in June 2007.  When I read it I had to agree with so much of what he had written but it also raised many more questions.

One of the many mysteries with Silica are its diverse properties and those properties ability to change.  This is a dichotomy because the common belief is that it is an inert substance.  I believe there can be nothing further from the truth!

As Walters explained in his article, many organisms in the ocean such as diatoms require large quantities of Silica.  The organism’s inter-actions with sand particles to decompose Silica into different forms of Silica available to biology such as silicic acid have not been well explained nor have the real benefits to ocean and soil health been explored.

The ocean provides so many answers and so many questions. It is the replicate of human blood or should I say human blood is the replicate of ocean water and as such the biological reactions and outcomes are incalculable.  French Scientist Rene Quinton experimented with replacing the blood of dogs with concentrated sea water with success.  From Quinton’s report on the experiment: “On the eighth day, the dog became exaggeratedly exuberant, ran about wildly and this continued during the following days. The results showed that the organism [dog] had become revitalized by the seawater to a level that EXCEEDED that of the [original] plasma that had been withdrawn. Five years later, Sodium, named after the memory of the experiment, was still alive and well.”  So the way I look at it is, if it’s working then utilise it. If you want to know how it’s working keep using it and observe.  Over time it will become self-evident.

When we look at a sandy beach we are able to see the degradation of the sea shells through electrolysis but when we move to an estuarine environment or the shore is rocky we often see large build ups of shells. The assumption is that there is no electrolysis yet we couldn’t be further from the truth.

Nature is no fool!  We all know that some of the most fertile soils in the world are located on river deltas where the rivers enter the oceans.  The sediment builds up over thousands of years producing incredibly fertile marine clays.

This certainly the case on the North Island of New Zealand’s Hauraki Plains that are just down the road from where I grew up.  From a young age I marvelled at the growth and production that was being achieved on this land.  Spring was always at least a month later at home and was never as vigorous as it was on the marine clay soils. We only lived some 20km away and the climate is very similar but what a difference!

It was a trip to a quarry right next to the Hauraki Gulf that sparked my attention. I had gone to get river stones for the garden but my attention was drawn to the vegetative growth around the ponds from where the stones were recovered.

Lucerne, Red Clover, and Timothy, all high nutrition plants were flourishing without fertiliser. 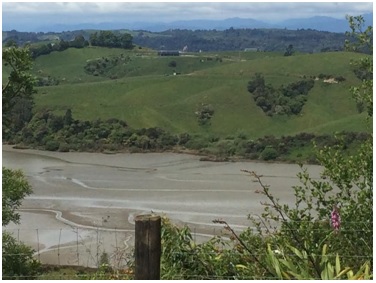 The quarry manager went  informed  me that they were taking the silt sediment home for their gardens and he informed me that when he used this stuff on his tomatoes they grew as high as the house.   I thought to myself;  “Yea right! Maybe a dolls house!  I was back the following week to obtain some of this magic mud, and it was magic.  My cherry tomatoes grew out the top of the green house.

It was like a picture from The Day of the Triffids as the cherry tomatoes not only took over inside the green house, they also engulfed the outside as well as they grew out through the open vents.

The questions just kept coming!  One of the first and major breakthroughs came on another visit, this time to the Gem Factory at Ngatea to find out more of the luminescent properties of Silica. The gentleman there was so helpful and lent me a UV box that I could use to test different Silica materials for their luminescent potential.

The ability to test for luminescent properties at will gave me the  information that I needed find the potential products that I could try out on the soil.  Low and behold that marine clay proved to be very reactive to UV light.  So much so that when it is in the estuarine environment it is so tightly packed that the true potential of this material is not met as the UV light does not penetrate the surface which decreases the potential electrical production.

Marine clays, when fully broken down have a massive surface area.  So much so that they have been described as being in a crypto crystalline state, which is getting down to an atomic state. One cubic Inch of material in this state is said to have a surface area of Seven Square Miles.

The fine particle material along with its luminescent properties showed its true potential when spread on our trial paddocks. The Voltage running east to west on our farm in Waihi increased from .1 volt to .25 volt in no time at all.  The question is, what’s this got to do with agriculture? Are there long-term cost-effective benefits? How does this effect plant production? 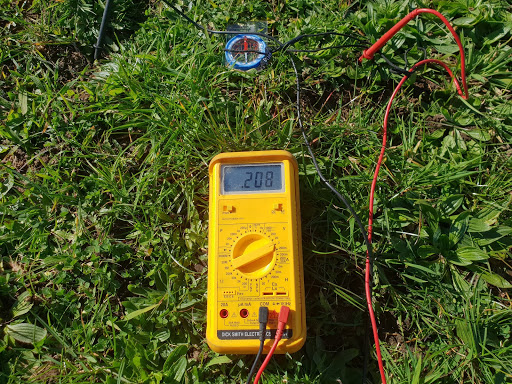 Twenty years on from those first Silica experiments I can genuinely say I’m still learning as fast as I was then. Having trained with Brookside Laboratories and being a great advocate of William Albrecht I have spent many a long hour going over soil tests, wandering the fields with a soil probe in one hand, volt meter in the other, observing pasture production, species, nutritional values and watching cattle grazing and bringing all the information together. And the picture is big, but incredibly beautiful.

From what I have observed, tested monitored and so on, I am happy to say that healthy productive soils need electricity as much as they need water.

To understand the importance of the electricity created by Silica in the soil we can upsize the size of our experiment from pasture or crops to deciduous trees.

They are the perfect expression of how the electrical effect of soil is utilised in the yearly cycle of nature.  We have two different species of poplar trees planted on the farm.  The Volt Meter set to DC at the lowest setting will show when the Spring deciduous cycle kicks in and shuts down in the autumn. Place the positive terminal in the soil and the negative in the tree and start to observe.

This does not all happen at once and this spring I paid particular attention to the two different species not far from the house. In early August one species showed electrical current up the tree although at the time there was only the tiniest visual signs that Spring was under way, as the tips of the shoots were just starting to form.

It was three weeks later that the second species showed electrical uptake and this was well before any physical signs of growth were showing. It was another three weeks before I could definitely see that Spring was on its way with this species. What is the decider as to when the switch goes on in each species?   I can only hypothesis on the rolls of daylight length, temperature, electrical activity, where the trees originated and probably a whole lot more? One thing I do know is that when the switch goes on it stays on till the leaves start to crumble in Autumn.

In light of this information it there is no mystery in how moisture and nutrients get to the top of a 300 foot high Redwood tree.  There has to be some form of energy because it’s certainly too tall for just capillary action. If you really take time to think about it how can we have water soluble nutrition as the only form of plant nutrition because every time it rains all the nutrient would disappear down the water way.

What Charles Walters wrote about back in 2007 had incredible importance in opening up far broader thinking on minerals that have not had much subsequent investigation. The effect of the Ocean on Silica is enormous in so many ways and one of the most important is by its nature.  High pH, nutrient loading and biology in the Ocean turn Silica minerals into tiny solar panels that produce electricity. 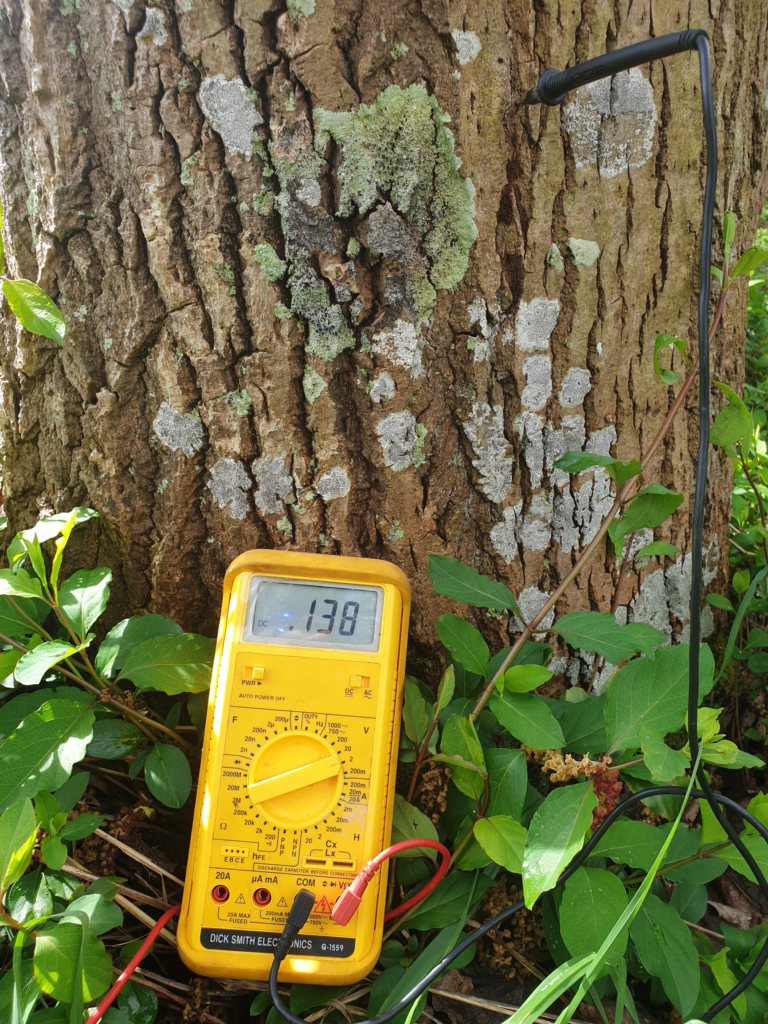 This then becomes hugely important when we look at what else comes from the sea.  Cyanobacteria, the most prolific carbon sequester and oxygen producer on earth and the beginning of all life.  We see prolific blooms specifically in the spring in the Arctic and Antarctic Oceans which start the food chain.

It’s quite amazing really when you think about the temperature of the water in these regions. The Earth’s magnetic potential, as you get closer to the poles rises dramatically and just like any electromagnetic force on a dynamo, (The earth’s a pretty big one), electricity is produced which multiplies the growth in nutrient rich waters.

These same effects can and do happen on well cared for soils which we will go into in the next article. 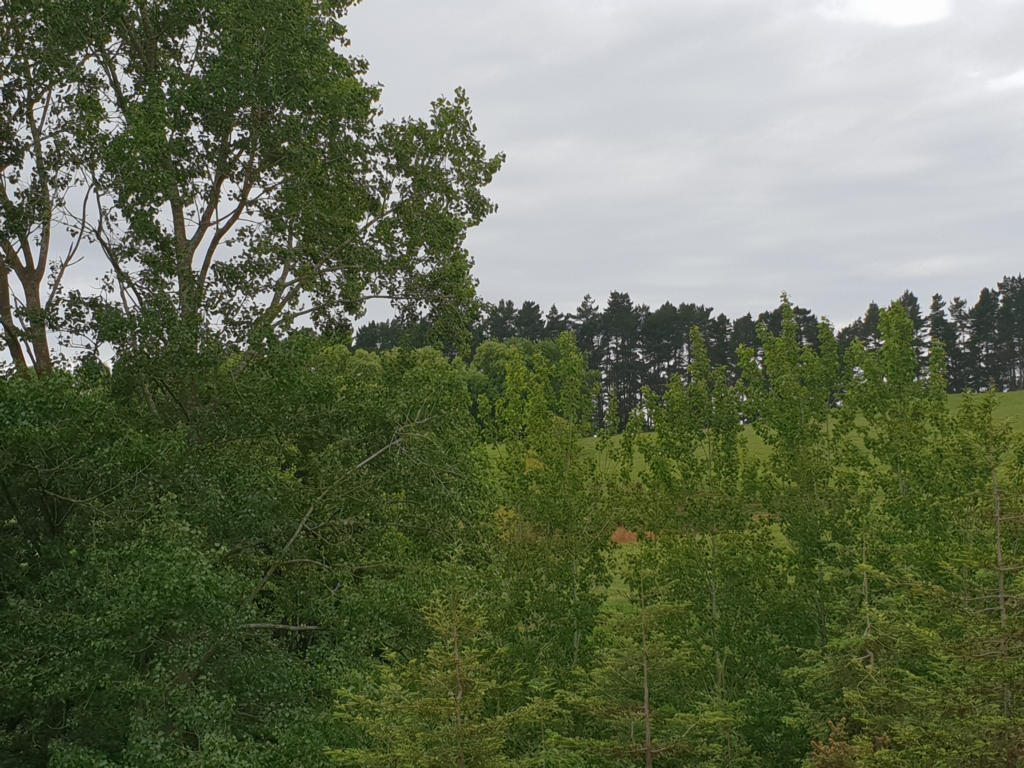