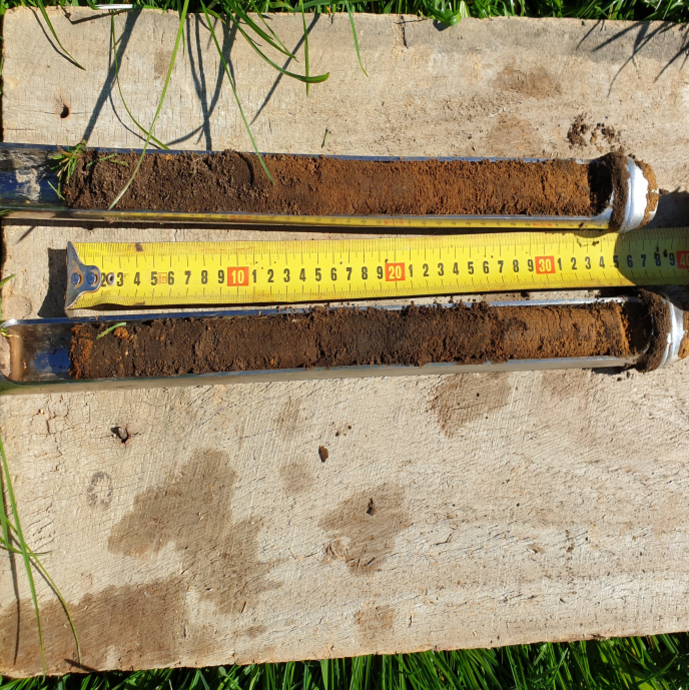 Silicon is not listed as an essential plant nutrient; the question I have to ask is; WHY?

The book Silicon in Agriculture; Studies in Plant Science 8: LE Datnoff, GH Snyder and GH Korndorfer (Editors) is a major compilation of trial work using different Silicon amendments on a vast array of crops in differing soil types.  This showed dramatic yield, nutrient and disease resistance increases. From a pastoral farming perspective, it is significant that rice, wheat and sugar cane are higher evolved grasses that have been selected for their grain potential. In pastoral agriculture silicon is barely mentioned, in fertiliser discussions, yet raising healthy stock is dependent on healthy and functional grasses, forbs and legumes. The health and functionality of grasses, forbs and legumes has a direct influence on how we treat our farms and just as significantly, the quality of the products grown with that pasture whether that is meat, milk or fibre.

The progression has been very interesting.  I can only state here that the progression that I have seen is based on long term observations throughout my farming career. These observations cross referenced with valid testing methodologies that measure mineral, fat and protein contents in the end products and also match with improve animal health, higher weight gains and better overall production. So, when significant progression occurs after the addition of Silicon, a mineral that is supposedly not essential then I would say that Silicon is very essential!

Having trained with Brookside laboratories some twenty odd years ago I have been able to utilise the vast amount of information available to consultants to help create what I call the foundation of soil mineral potential. It is when this foundation is put into place and then other factors such as Cyanobacteria, differing fungal species, the role of electricity and electromagnetic’s in plant nutrition, plant species diversity, and appropriate grazing management are added in that we can see that the vast interplay is all interconnected and interdependent.   It is incredibly important to consider all these factors when building any soil-based farming business

In a roundabout way my Silica journey has taken me back to a place somewhere near where I started. I utilised basic slag early on in my farming career; predominantly as a calcium and magnesium source, I originally failed to connect the dots as to how important the Silicon portion of the basic slag was because I was focused on the Albrecht calcium magnesium balancing.  It was only when I started investigating the electrical potential and the biological processes that real progress occurred.  There were certain things that I had observed and measured when I had utilised basic slag that did not appear replicable and I did not understand the mechanism of that progression until now.

I came across the work of George Washington Carey about six years ago. Carey, a medical doctor had studied the essential nature of the 12 tissue salts, and throughout his work he explains the necessity of these salts for cell health and function. He also expresses, at length, the symptoms and diseases that come about from deficiencies of each of these salts.  The work finds a happy companion in Maynard Murrays findings of utilising Ocean elements in agriculture. Ocean water is the environment where the 12 cell salts naturally exist.  This should also be the case for us because blood is minerally identical to ocean water. I also note Richard Olree’s brilliant work “Minerals for the Genetic Code” but that is another story in itself.

I always find it fascinating to take this information back into the realms of the soil and the products we produce from that soil. The farm and food production should always be the first step in any analysis and diagnosis of human health.   And we as farmers always should always be striving to produce the healthiest products possible that will then help bring our population into health and wellbeing.  Let food be thy medicine!

Carey’s work determines Silicon to be of the utmost importance in the strength and development of our hip bones. Personally, I have been through the issue of dodgy hips and I have utilised natural forms of the 12 tissue salts, combined with healthy doses of Silica to fix that impairment.  It was most obvious on certain parts of the farm, where we grazed our breeding cows that the real symptoms of silica deficiency really expressed themselves.

The first sign something was going on was the cows chewing wood, alkathene water pipe, rocks and various other bits and pieces they could get too. We made up a mineral lick that included diatomaceous earth. The cows demolished the lick but that wasn’t really sorting out the problem. On different parts of the farm symptoms were not as bad.  What was noticeable was the decreasing width of the hip bones in the cows and the fact that this trait was being passed on.

We tried many differing mineral supplements, to no avail until we started spreading volcanic sands onto the paddocks. These sands are a product of the type of volcanic eruptions that engulfed this land relatively recently.  They have a significant silica component that has been exposed to great heat and pressure.  This silica becomes available to the soil / plant environment when it is exposed to silica solubilising soil bacteria.  One easily observed result has been to get the width back in the cow’s hips and seeing that the stock has stopped chewing everything in sight.  We are also able to test various other parameters in the soil as these changes come about and its very interesting. 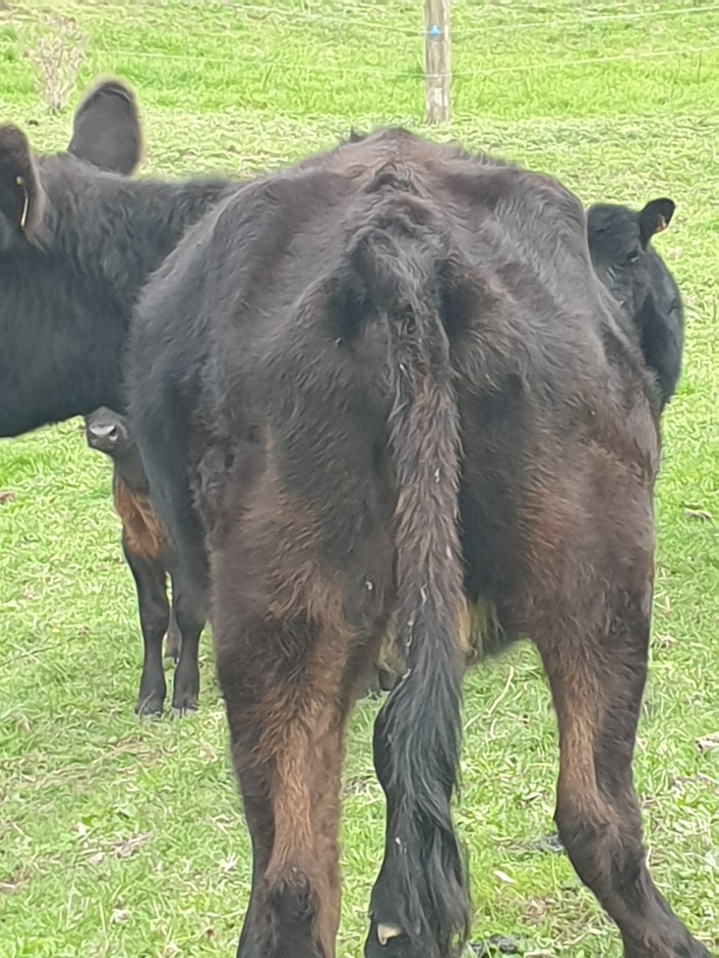 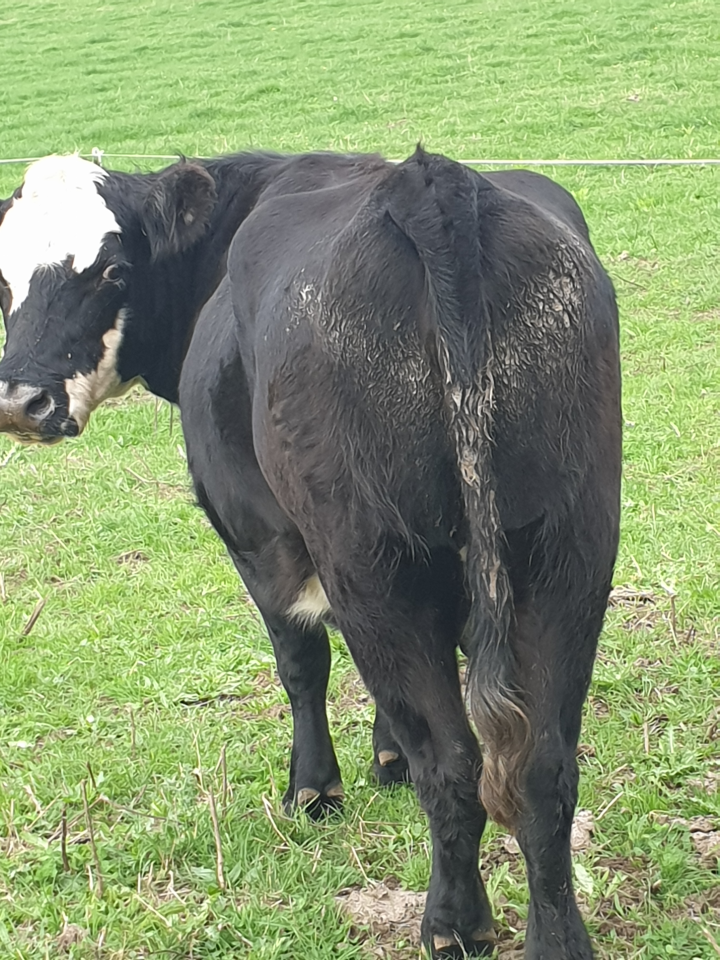 As we introduce the hydrated silica sand we are observing around a 200ppm decrease in extractable aluminium per year in our soil test results. Along with this the NO3 Nitrate and NH4 Ammonia are held in the soil in equilibrium at a more balanced level of around 10ppm each which is very adequate to run a high producing property without synthetic nitrogen inputs. 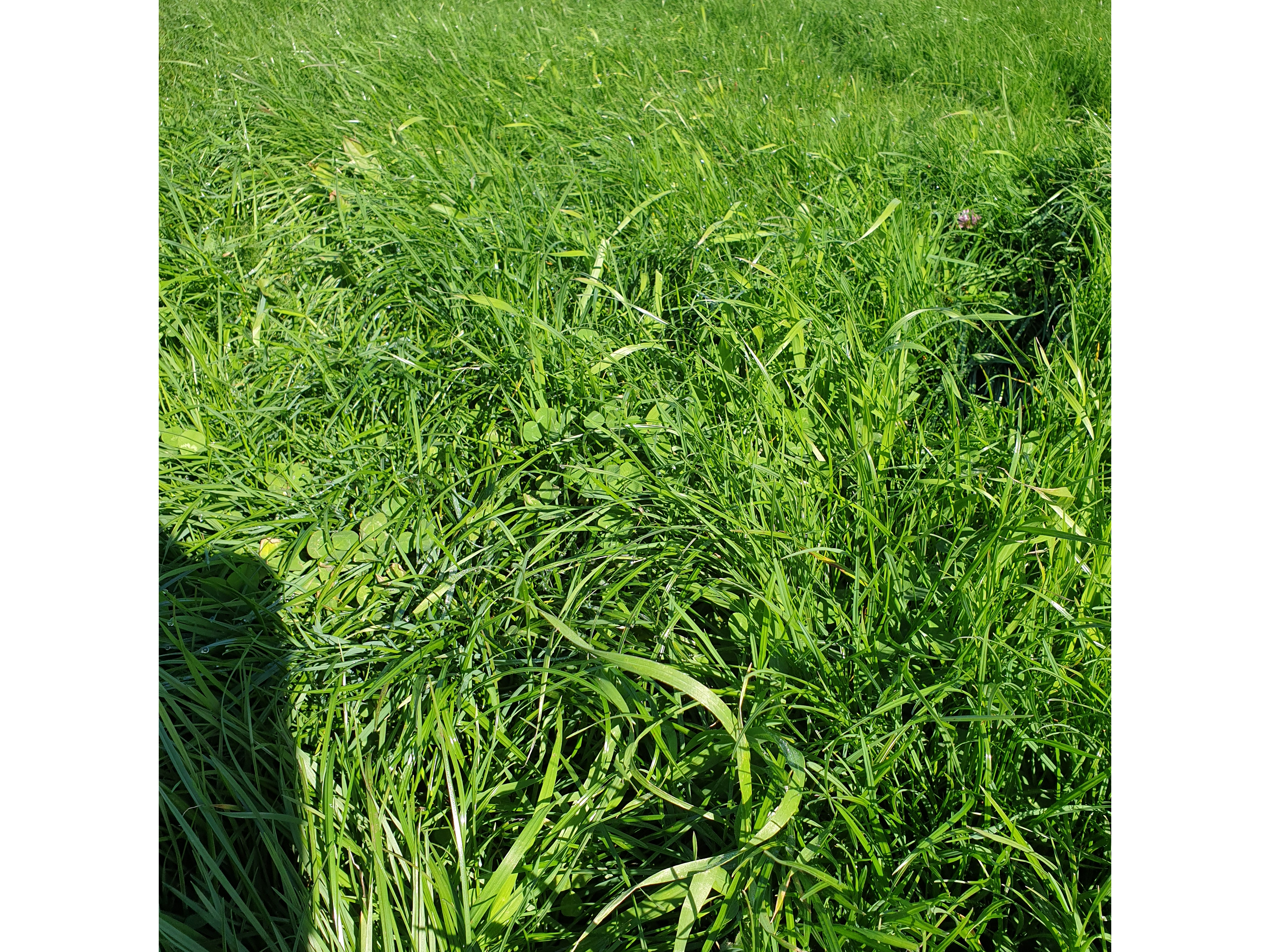 The noticeable impact on young stock is clean tails and no chemical animal health remedies are required. Also, very noticeable is the fact that when I am in amongst them there is not the tell-tale sour nitrate smell and they are very settled in their behaviour. Observations, so far lead us to believe that much lower milk urea nitrogen and blood urea nitrogen levels are occurring which we will correlate over time while working with more and more farmers.

Above the ground this is also expressing itself in much better all year round pasture production.  Our usual winter hay supplement of 180 round bales has fallen to well below 50 bales last winter. A great cost-saving on the 250 cattle we winter each year.

Other noticeable visual changes are soil depth, which is increasing at a rapid rate. This has a valuable by-product in the form of increased amounts of soil organic carbon and enhanced soil water holding and nutrient holding capability. 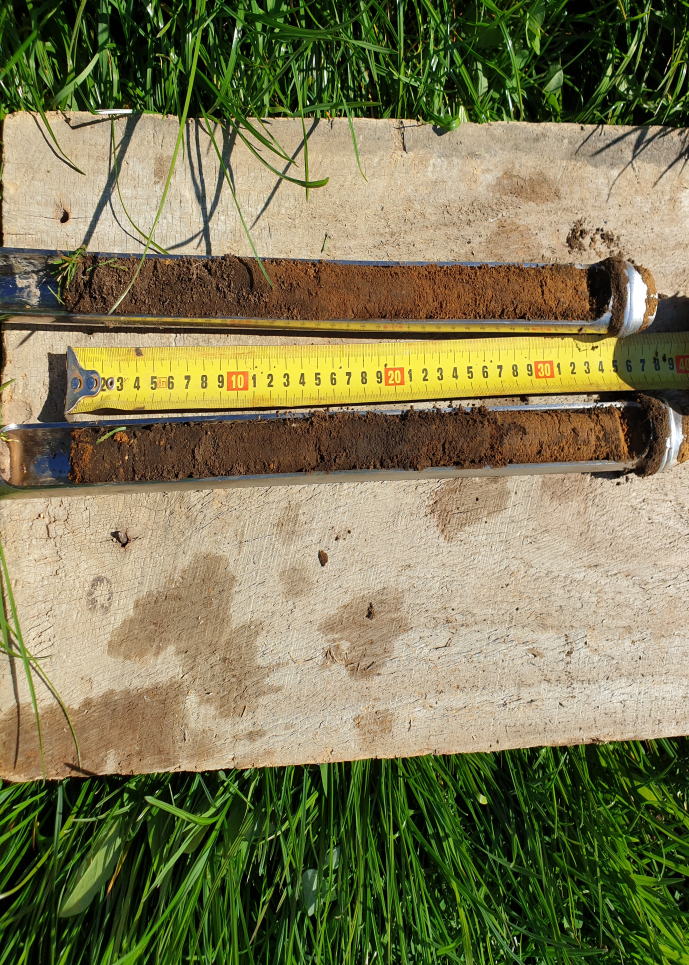 The results of our testing for total soil nutrients, available soil nutrients and soil organic carbon confirms to me that Silicon is an essential nutrient.  How can it not be when it impacts so many parts of healthy biological farming systems?

I must emphasise that silicon is not the “silver bullet” answer to everything but it performs many valuable functions.  Its absence leads to inefficiencies and unnecessary costs. I have learned the lesson to always question opinions such as “Silicon is not an essential plant nutrient”.

Richard Olree’s work on the 64 subatomic particles and minerals that make up a healthy genetic sequence, Maynard Murrays work on Ocean elements, Albrecht’s breakthroughs on base saturation and trace elements, Davis & Rawls and Phil Callaghan’s work on the effects of electro-magnetism on biological systems are all the building blocks for productive soils.  When we take this information and attitude into farming anything is possible and I’m lucky enough to be enjoying it.